Posted in Chicago | Comments Off on Jordan over Ehlo Shot

I cried watching this. Love the passion and brings back great memories.

Posted in Chicago | Comments Off on Bulls vs Pistons: Game 3 ECF 1989

The Day After the Super Bowl Loss.

I got a few voice mails from my Chicago boyhood pal McGovern. Before the game, chicago was confident – today – they are disappointed and think Grossman is a bum. For happier Chicago Sports memories – check out this MJ commercial. Many moments of his career recreated by kids.

Posted in Chicago | Comments Off on The Day After the Super Bowl Loss.

Yes, the Bears lost and I would have seen them win than lose. It reminded me of how damn happy/sad I would be according to them winning or losing. Well congrats to the Colts and looking forward to the next footy season already!

Well, I couldn’t be happier to see the Bears spank the Saints to make it to the 41st Super Bowl in Miami in 2 weeks. Not very often does “your team” get to this stage in the game. I find I am not nearly as emotional as I was last time in ’85. I was in 7th grade and in tears that they made it to the finals. This years edition of the Bears will have a hard time winning the final game and is not as dominant as the ’85 version.

I’ll enjoy it anyway. Who wants to watch the game with me. I’m buying Chicago pizza and flying it in that week!

"I don’t recognize my own neighborhood," said writer Studs Terkel,
one of Chicago’s most distinctive literary voices for decades. He lives
on the North Side.

Tourists can take an elevator to the top of the Sears Tower, but it
takes a car to get to the company’s headquarters, which moved to the
suburbs in 1992. Company after company once synonymous with the city —
Montgomery Ward and Amoco, among them — has either died or moved out of
town.

That was the mayor’s point when he talked about the decision to change Marshall Field’s to Macy’s.

“Things change,” Daley told reporters in September. “If you aren’t willing to accept change, then you stay in the past, and we’re never going to stay in the past in this city.”

Moreth and I went to Ray Meyer’s Basketball camp when we were kids, Coach Meyer always talked about George Mikan.

Hard-hitting ex-Bear Bell dies of heart attack at 47
I am super sad to hear this… I really liked Todd Bell and always felt a bit bad that he sat out the year the Bears won the super bowl.

One memory I have of him is the year before they won the super bowl – he was the starting strong safety I think…a opposing receiver caught the ball in a full sprint across the middle and as he caught it, he ran into a wall…the walls name was Mr Todd Bell.  It was the most memorable football hit that I witnessed up to that point in my life.  I don’t think that wide receiver played football again…can’t remember if it was a broken leg or what.  A shocking display of hard hitting football…but since he was on "my team" – I was excited and proud.

Peace and best wishes to his family and friends.

Flicking through the channels last nite, I caught the last 2 hours of Hoop Dreams.

The movie brought back a tonne of memories for me…it has been 10 years since I saw the movie. Many non-main characters in the movie lived in my general neighborhood. More than a few times, the movie brought tears to my eye.

Check out this article for an update on William and Arthur. 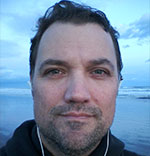